American engineers wear skirts and high heels. Clothes are divided into “gender”, which is in line with most people’s perception. When buying clothes, people usually distinguish between female and male clothing. However, for some people, this distinction is too rigid to be impossible. To express oneself freely, it is necessary to break this stereotype. For example, Mark Bryan, an American mechanical engineer currently living in Germany, uses his own actions to promote the “dress de-genderization movement.” 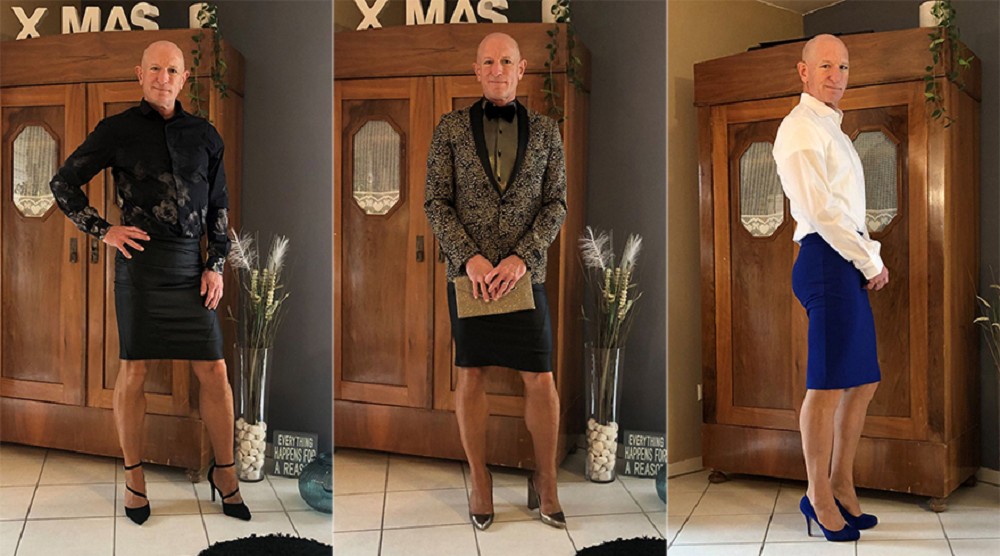 From the outside, Mark is no different from ordinary men, except that he always wears short skirts and high heels, whether he is going to work, going to the city, or even at home, he likes to wear this. He has always admired women wearing tight skirts and high heels. This has nothing to do with being sexy, but the power displayed by this dress, so he is not obsessed with dressing up sexy, but dressing like a professional woman. For him, clothes are gender-neutral. He prefers skirts rather than dresses because dresses cannot allow him to mix genders. He likes to look male from the waist up and females from the waist down. Pencil skirt and heel shoes are his Favorites, the skirt is best to be one to two inches above the knee, and the average heel height is four inches. 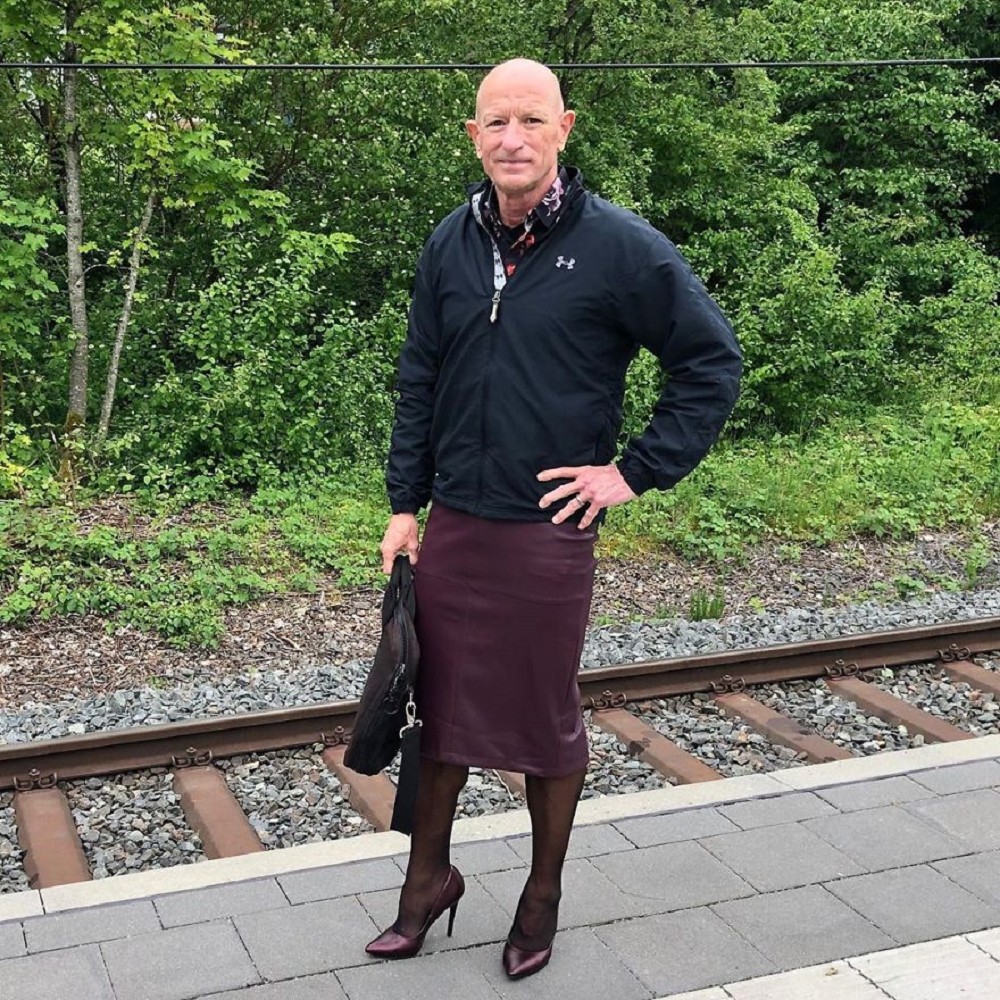 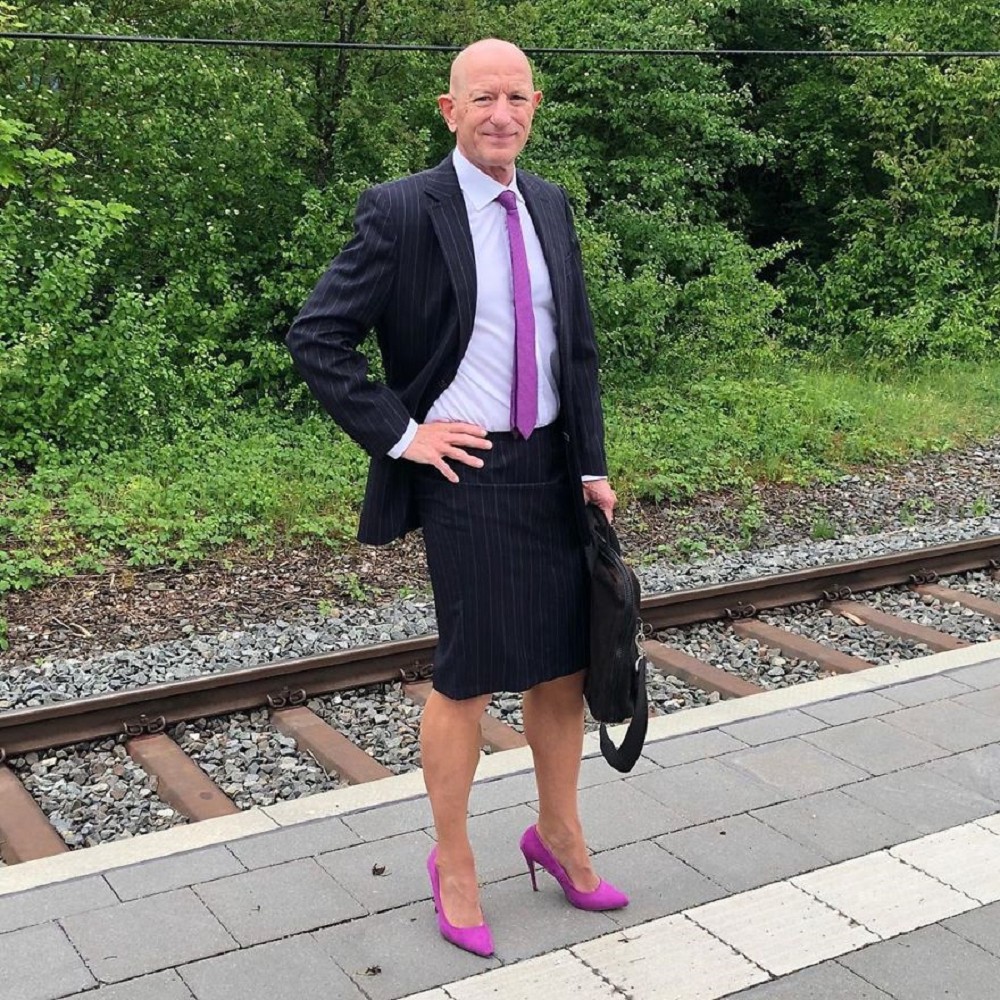 The reason why this “gender-free” dress with short skirts and high heels was started is that in men’s clothing, pants usually have only a few colors: black, gray, navy blue, brown, and there is no print yet. In comparison, there are many more choices of dresses in women’s clothing, including red, green, bright blue, flower patterns, animal patterns, etc., as are shoes. Even heels are divided into thick heels, fine heels, high heels, and low heels. You can wear open-toed shoes when the weather is good. American engineers wear skirts and high heels 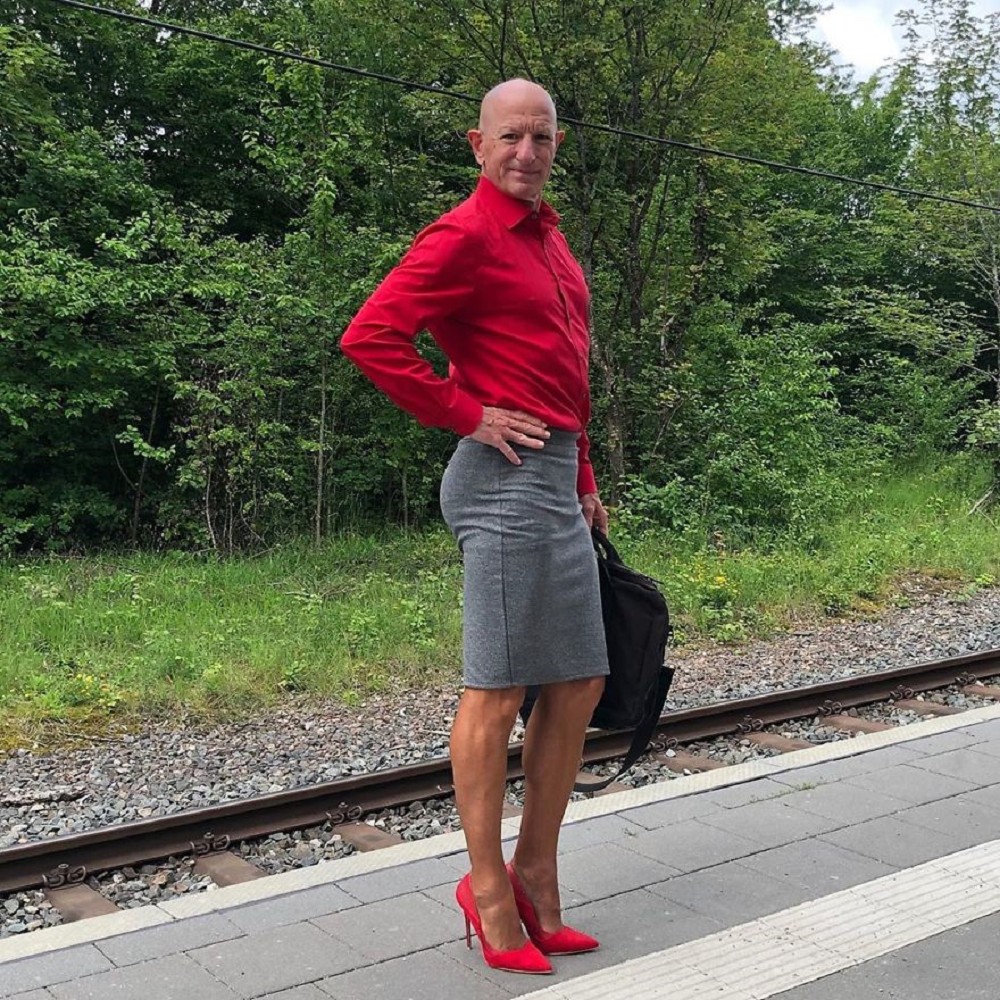 Mark used to wear heels and practice dancing with female partners for more than a year, so walking and moving in heels is not a problem at all. It was not until the past five years that he began to try to match heels with skirts, because someone suggested He, the combination of heel shoes and skirt is much better than the combination of heel shoes and pants. American engineers wear skirts and high heels 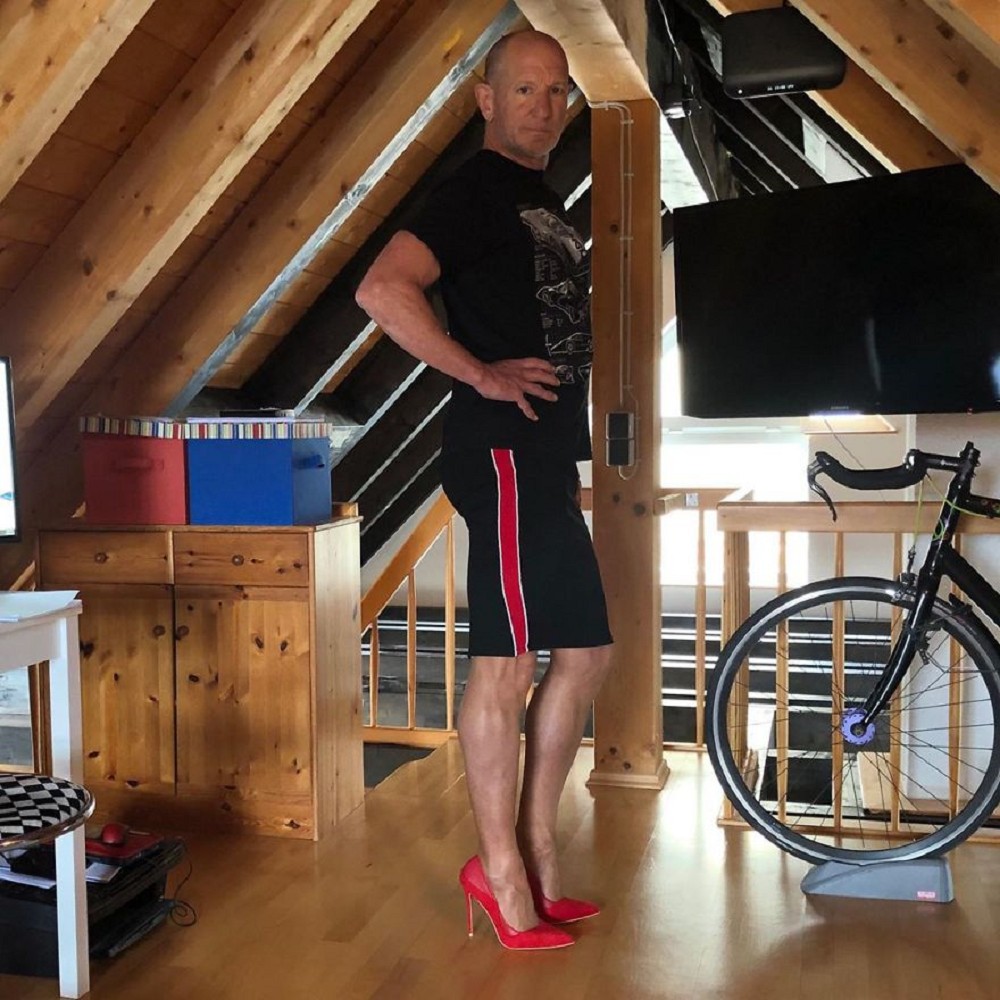 When wearing women’s clothing, Mark doesn’t feel different. Of course, when it’s cold or windy, the chilly body feels on his feet is not deceiving, but when he puts on high heels, he feels that he is not just changing. High, there is a kind of power gurgling from the body, which also makes him more confident to face the challenges and pressures of work. 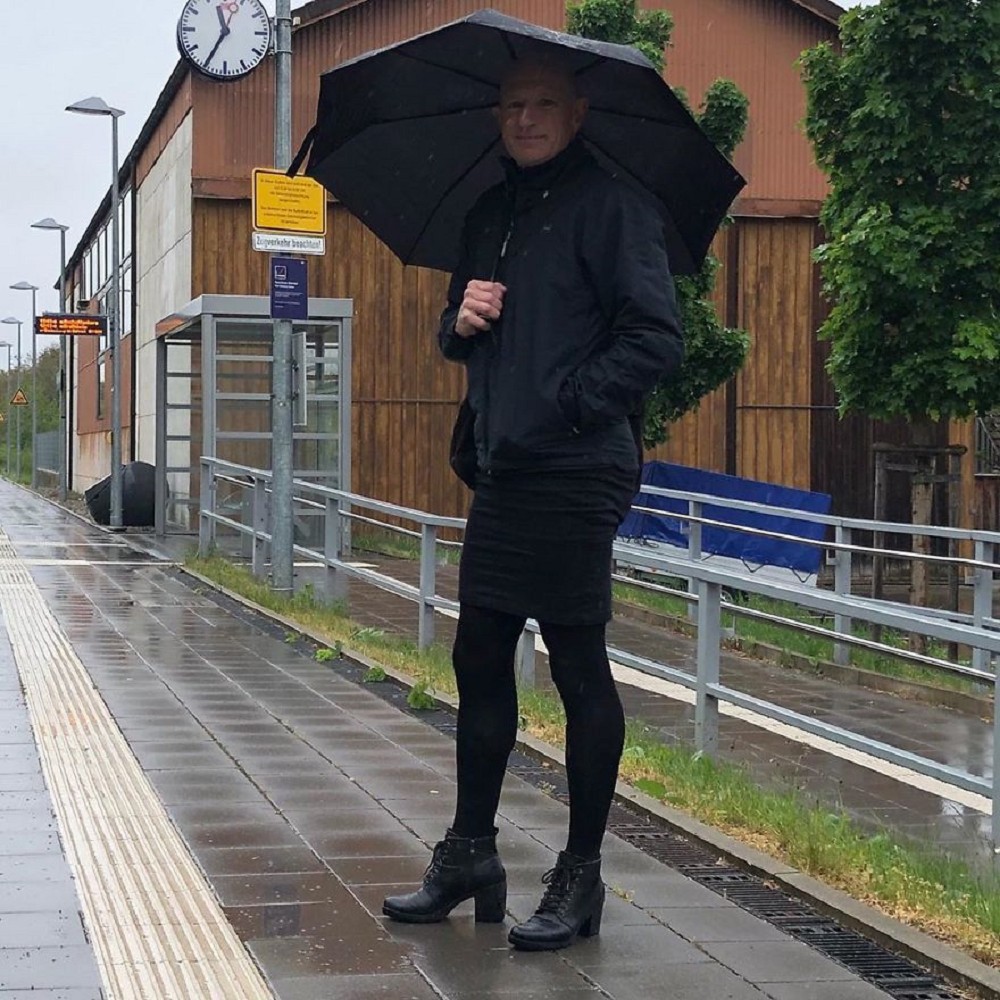 Speaking of this, many people should be the same as the author, wondering if Mark has such a strong figure, will it be difficult to find suitable women’s clothing? Mark is 6 feet tall (approximately 182 cm), weighs 165 pounds (approximately 74.8 kg), and his feet are small and medium-sized. The shoe size is US size 8.5, EU size 41, waist circumference 29 inches, US size 8 or EU 38 The size of the skirt can be worn. In addition, he will exercise 2 to 3 times a week to ensure that his body shape is not deformed, so it is not too difficult to find the right clothes size. Usually, Mark buys shoes online and then tries them on at home. By the way, he tries on his own stairs, especially stiletto heel shoes. To confirm the stability of the shoes, whether they will slip easily, another important point for trying on is Sit on heels for half an hour. If you feel uncomfortable, return the product immediately. 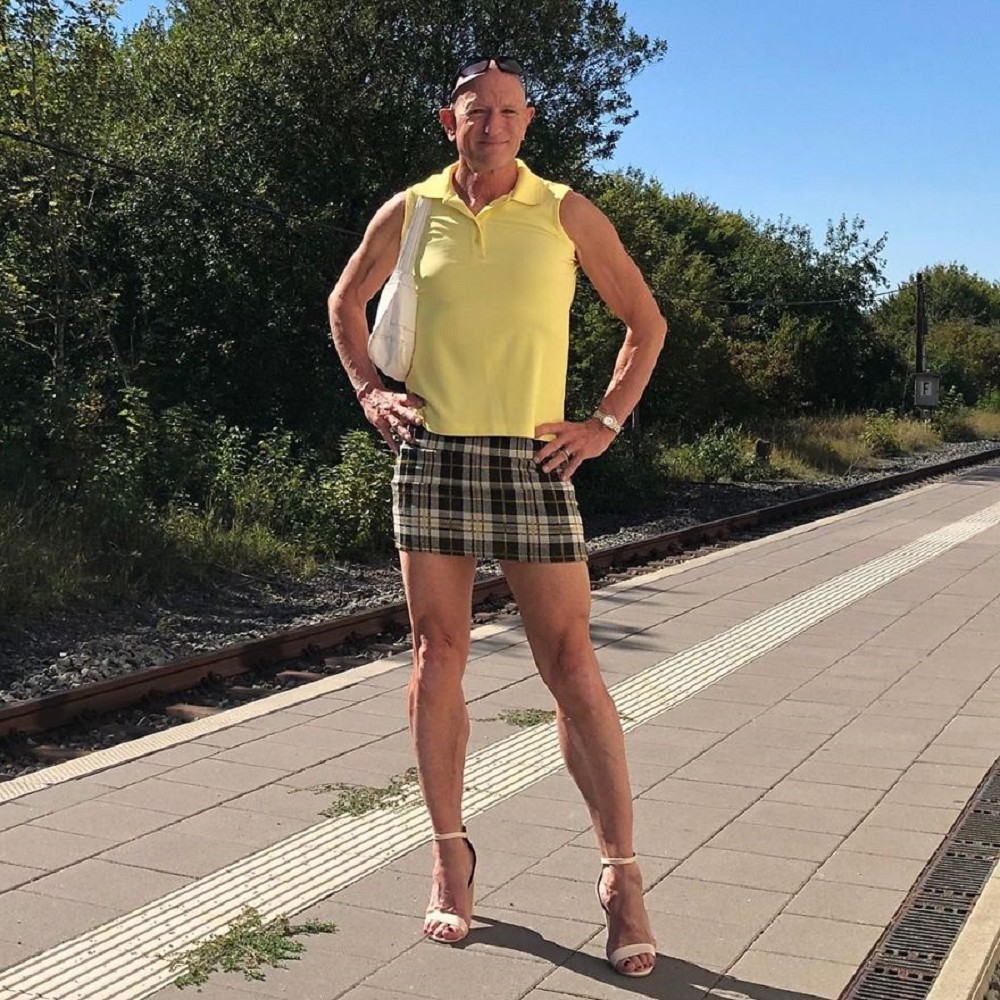 When choosing shoes, in addition to being comfortable, it is also important to look good. Mark’s favorite style is five-inch stilettos, so he hates walking on uneven sidewalks, such as sidewalks paved with cobblestones or too large gaps in tiles. American engineers wear skirts and high heels 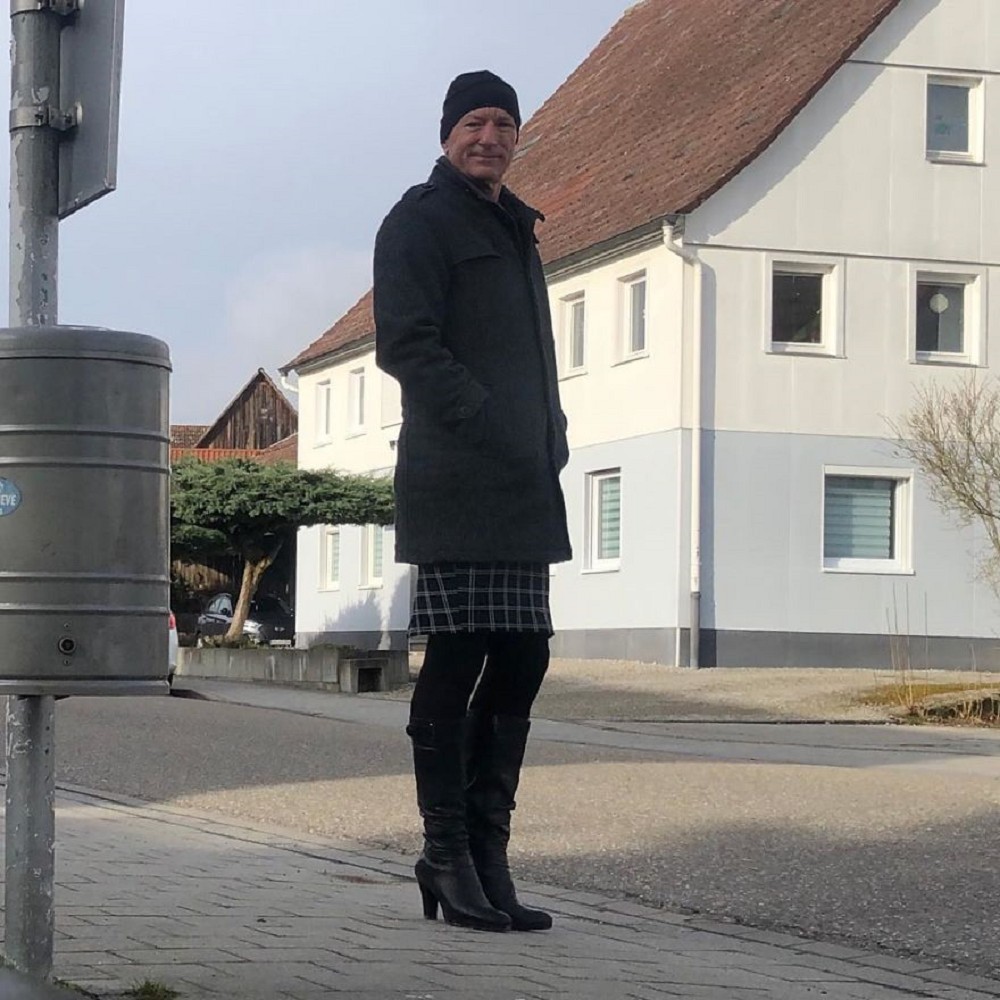 His gender-neutral way of dressing has won a lot of praise among women in their 30s and 40s, while other men get more question marks and exclamation marks when they see it, but his people are very supportive of him. Currently, Mark Entered into the eleventh year of happy marriage with his wife and had a daughter. Mark puts it this way: “Men can wear this style of clothes without being labeled as gay. My behavior is not like a sissy. This is usually the comment I get from men most often. Will assume that I am gay or sissy until I talk to me. I am just an ordinary, normal married straight man, like beautiful women, Porsche, I just want to match skirts and heels from my wardrobe shoe.” 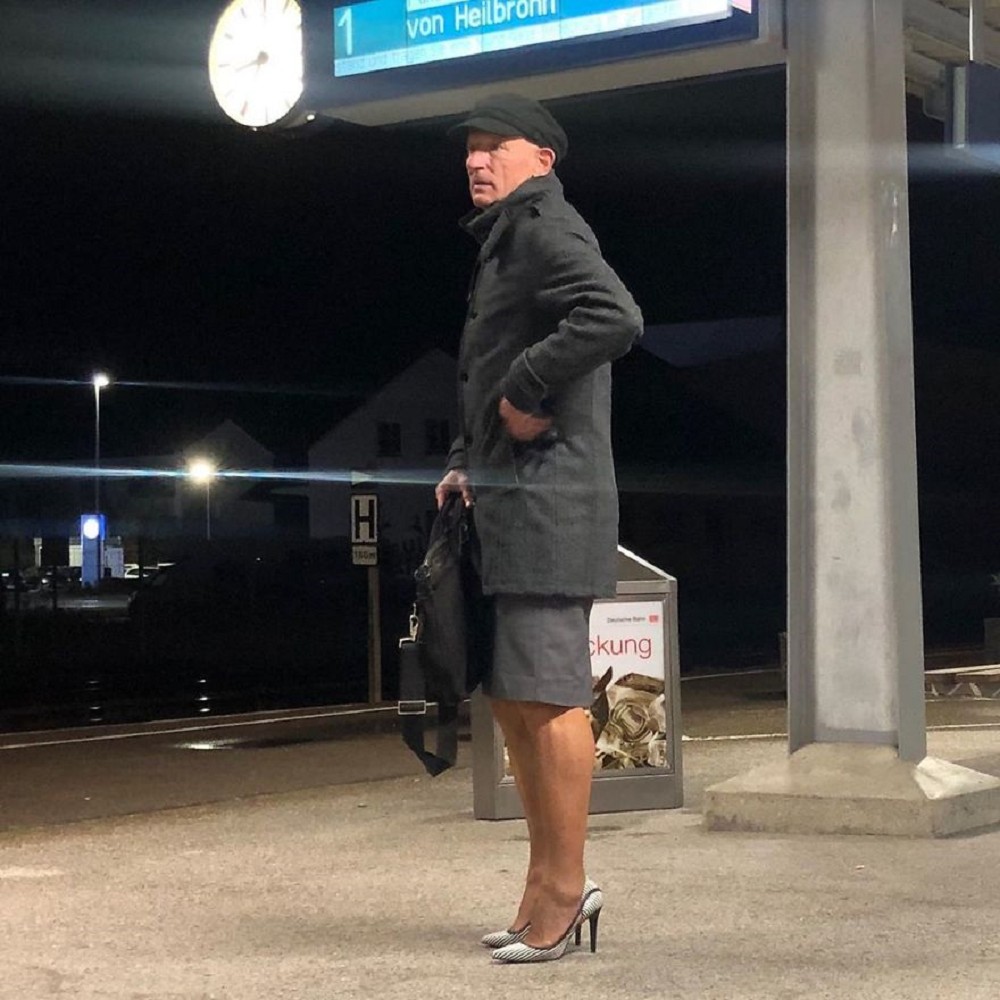 For male compatriots who also want to try heels, Mark’s advice is to “start with a low heel”. As confidence accumulates, slowly change to high heels. Don’t flinch when putting on heels. Shrunk, because some people are like animals, specializing in attacking weak animals, so show your confidence and show the world that you are not afraid, so no one will bother you. As for skirts, the “barrier to entry” is lower. Men wearing skirts are more acceptable than men wearing high heels. American engineers wear skirts and high heels

Fashionable Christmas masks are a hit

Jessie Nadeau and Marie Gagné are “not yet” in a relationship

Kvitko’s huge breasts cannot be hidden by any top

3 SIMPLE TIPS: How to add shine to your eyes

Britney Spears released a new song for her birthday

Singer Raffy opens up about her miscarriage